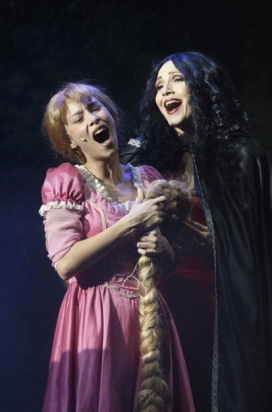 A big applause for the flamboyant Giulio Corso 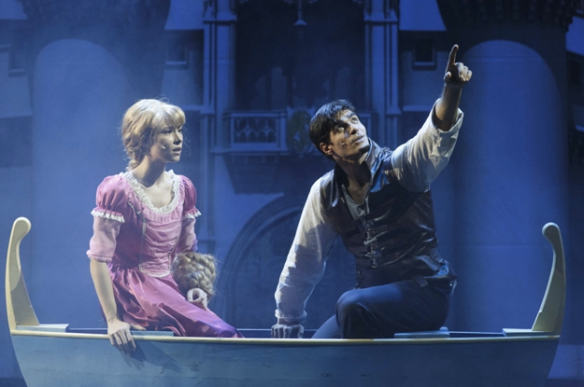 as Phil, a young robber who is trying to escape the royal guards and sheltering refuge in an old tower, where he will find Rapunzel , a young girl keep imprisoned by a witchy aunt.

There are a lots of new characters, like the two talking flowers, the
guard “Hound” who speaks in Grammelot and the mirror “Spiegel”, which reflects
the conscience of Rapunzel and inner thoughts.
In addition to that I loved some cartoon animated outdoor sequences Great Idea!
A memorable moment: a multitude of lanterns flying over the audience.
Rapunzel will perform at Teatro Arcimboldi till Jan 10th 2016 then touring all over Italy .
Here dates and venues
http://rapunzelilmusical.com/tournee/