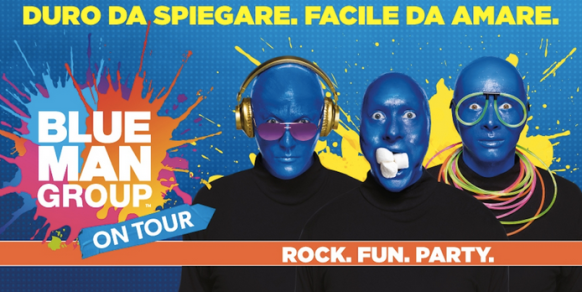 First time I saw Blue Man Group was back in the 80′ in a Small theatre in Lafayette Street in New York.
I JUST COULDN’T BELIEVE MY EYES…
The show was new, daring, charming, funny and AMAZING !

A typical Blue Man Group show starts with a Blue Man hanging out in the theater lobby as audiences arrive. He is completely bald, completely blue and dressed in black. Ask for an autograph and he will rub his hand across a program to create a blue smudge. 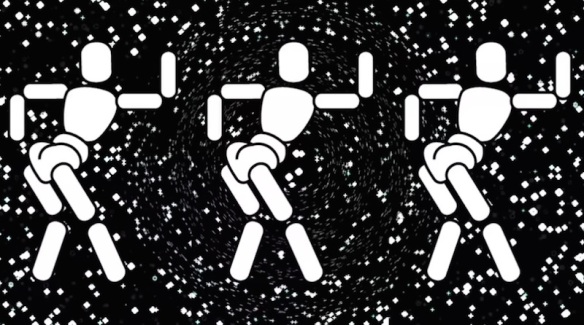 Try to take a picture and he will look at cell phones and cameras with curious wonder. In the theater, the show begins with clanging and flashing lights. The Blue Men create bizarre instruments with their signature plastic tubing.

They drum amongst themselves and possibly with a band or other backing music. They throw marshmallows into each other’s mouths with alarming accuracy and in logic-defying numbers. A classic Blue Man bit brings an audience member to the stage for an elegant Twinkie dinner with the Blue Men, culminating in hilarious disaster. 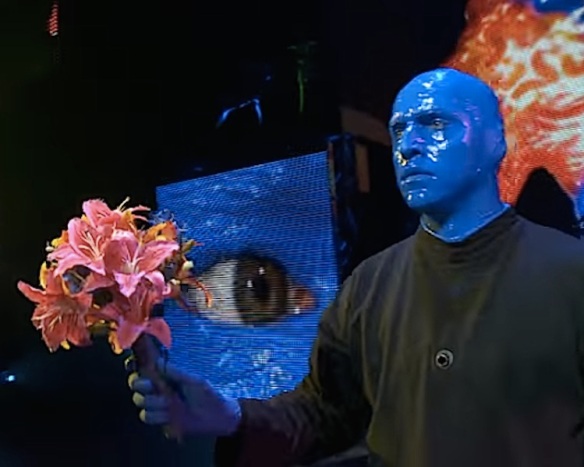 At the end of the show, the audience participates in an elaborate toilet paper-throwing ritual.

All the while, the innocent and childlike Blue Men never break character.
The audience leaves feeling like they’ve just been entertained by strange but generous aliens.

Take note that the first five rows are the “poncho section” — prime placement for those eager to get in on the action and possibly an errant splash of blue paint, too.

1987, known worldwide for its various stage productions which typically incorporate many different categories of music and art, both popular and obscure, in their performances.
Blue Man Group currently has continuing theatrical productions in Berlin, Boston, Chicago, Las Vegas, New York City, and Orlando. A typical Blue Man production employs 7–9 full-time Blue Men who are selected through an audition process. In addition to the stage theatre show,

Blue Man Group has had multiple national and global tours, appeared on various TV programs as both characters and performers, appeared on the Norwegian Cruise Line ship Epic, released multiple studio albums, contributed to a number of film scores, performed with orchestras around the U.S., and appeared in ad campaigns. 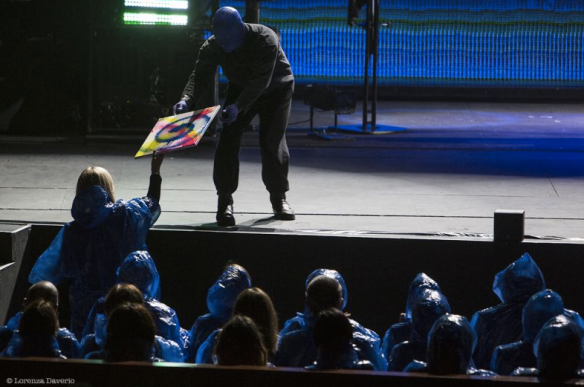 FOR MORE INFO AND TICKETS
https://bluemangroupitalia.it/