The musical comedy team DUO BALDO is renowned violinist Brad Repp and pianist/actor Aldo Gentileschi. Their critically acclaimed performances combine virtuosic performances, theatrical humor, and pop culture.
Duo Baldo made their debut with Italian tenor Andrea Bocelli in 2004.  In February 2006, Duo Baldo won first prize at the National Short Theater Competition in Florence. After winning first prize at the 2009 Musicomicontest, they performed at the opening of the 2010 Salzburg Festival. 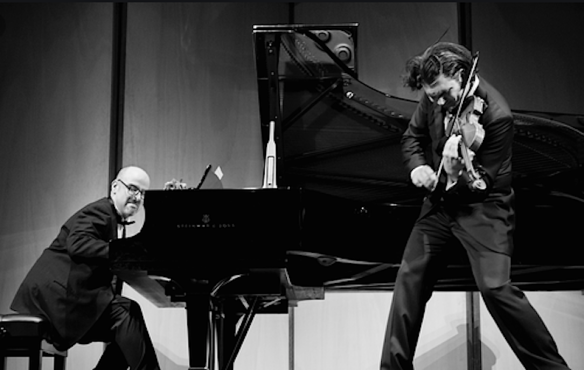 Other engagements include the Chamber Music Society of Trieste, as well as appearances in many US cities including Cincinnati, Baltimore, El Paso, and internationally in Milan, Lucca, Lugano (Switzerland), Dubai (UAE), Mexico City, Paunat (France) and tours of China, Taiwan and Japan. Violinist Brad Repp has appeared as violin soloist with José Carreras.  He performs on a 1736 Testore violin.  Aldo Gentileschi performs on whatever piano he can find.After having sold out in Tokyo, Salzburg, Mexico City and Washington,

CONdivertimentoCERTO finally returns to Milan to open the Harmonies and Sounds of the Spazio Teatro No’hma exhibition. Aldo Gentileschi (pianist) and Brad Repp (violinist), “play” with music, humorously interpreting many classic songs from the most famous repertoire.They know how to  add theatrical comedy to the most splendid melodies.
What a repertoire! 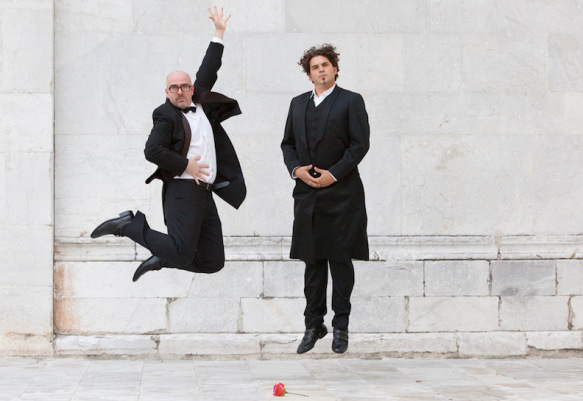 From Mozart , to Debussy, to Gershiwn to a funny Per Elisa, to Paganini and John Cage. The violinist Maestro Repp and his ‘victim’ Aldo build an irresistible show that offers a different way of approaching the world of classical music. Jokes, tics, musical provocations become the fabric of the show in which music is combined with fun.
Let’s have them play & party!

CESARE ZUCCA
Born in Milan, he lives in New York, Milan and the rest of the world.
Cesare likes to travel up and down America as well as spending time  in Italy and Europe.
For NTT, he photographs and tells about cities, cultures, lifestyles and discovers both traditional and innovative gastronomic delights, among interviewing top chefs from all over the world, “stealing” their recipes and  write everything here, in  a perfect ‘ non touristy tourist’ style..