Kim Douglas opened up Jeju Noodle Bar with a mission called ramyum, the Korean version of Japan’s ramen. “No one in my memory has done a fresh version of Korean ramyun,” says Kim, ‘ So, I’m going to make it’! Brilliant idea!
Jeju almost instantly gained a following for its ramyuns like gochu with pork belly and white kimchi swimming in a spicy pork broth, and miyuk featuring a vegetable broth base with braised seaweed, white onion, confit mushroom “nah mul” style and garlic plankton oil, and soon was awarded with one Michelin Star.

How did you become a chef?
I didn’t want to become a chef but when I needed to find work, I worked in the kitchen
Where do you find the inspiration to create a dish?
I find it everywhere. Anything and everything can be an inspiration. You just need an open mind.
How do you express your personality in the kitchen?
I don’t know, but my staff used to call me ‘Vampire’.

What’s a food-movie you loved?
Dinner Rush, because it depicts the NYC restaurant scene that I worked in.
A suggestive place for food in NY?
There are many, but if I had to choose one, it’s Le Bernadin.
You are working on the presentation of an impressive plate. Which Chef may inspire you?
Michel Bras, because his dishes remind me of the beauty of nature.
A recent inquiry among young people says that 50% of the interviewed dreams of becoming chefs. Why do you think about it?
They’re all delusional. I would say 50% wants to become a chef, but my estimate for the dropout rate would be around 95%.
What do you think about some of the chef’s televised battles?
It’s entertaining and gives exposure to the culinary world. However, I hope it doesn’t paint a perfect picture for being a chef because this job is not easy. 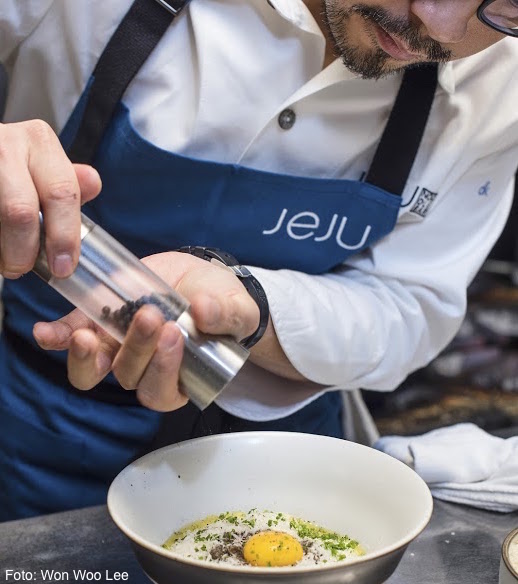 Is there a food you love only if cooked by someone else?
Kimchi
A food we will always find in your fridge and one that we will never find.
You will always find fruits. You will never find fish because it’s too perishable to have in my fridge.
Open the drawer and tell us your dream
My dream is to be on Chef’s table.
Let’s talk about your recipe.
Toro Ssam Bap. I had created it within half-a-day with the pressure of needing to use the Toro. Without any second thought, it just all came together and became our best seller. 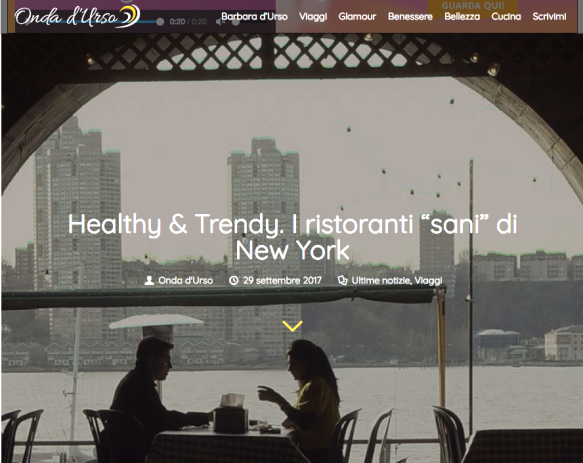 From my article in Vanity Fair Italy …the amazing Christmas Windows in New York . Here the link. Check the gallery, add a ‘like” (thanks!) and Merry Christmas!
http://www.vanityfair.it/viaggi-traveller/notizie-viaggio/news/14/12/15/vetrine-new-york-natale-2014