Certainly its charm is comparable to the Goddess of Beauty that the legend says was born in the sea. The story goes that the model who posed for Botticelli’s famous painting was Simonetta Vespucci, a beautiful local noblewoman, whom the painter fell in love with and painted in the background of the Gulf.
Legend or reality, this Gulf has certainly inspired great artists, great poets and historical figures who chose to live in its fascinating villages. In 1762 Giacomo Casanova, coming by sea from Genoa, wanted to stop in Lerici in 1762. while the intriguing Countess of Castiglione, the first “influencer” in the Italian Risorgimento, lived in a luxurious building in the heart of Spezia.

The Golfo is feattured in poems by Lord Byron, Giosuè Carducci, Gabriele D’Annunzio, the writers George Sand and Virginia Woolf, the writers Charles Dickens, David Lawrence, Percy Bysshe Shelley and his wife Mary, author of “Frankestein”. There is no shortage of great musicians: Felix Mendelssohn was enchanted by the Gulf, while Richard Wagner stayed in La Spezia where he found inspiration for the prelude of Das Rheingold.

At the end of the Gulf we find Porto Venere whose name derives from the goddess Venus who, according to tradition, was born from the foam of the sea. On the opposite side rises Lerici, a suggestive vertical village, colored in yellow and orange tones.

Among the most suggestive villages you ‘ll discover Tellaro and Fiascherino, considered among the most beautiful in Italy. Taking the panoramic road, which winds through the olive groves, we reach Montemarcello, a tiny medieval center of rare elegance, where time seems to have stopped.

f you love walking, we suggest the path that goes down from Montemarcello to Punta Corvo. A succession of enchanted coves, reachable on foot or by boat, where you can relax with a splendid view of the Ligurian Sea. 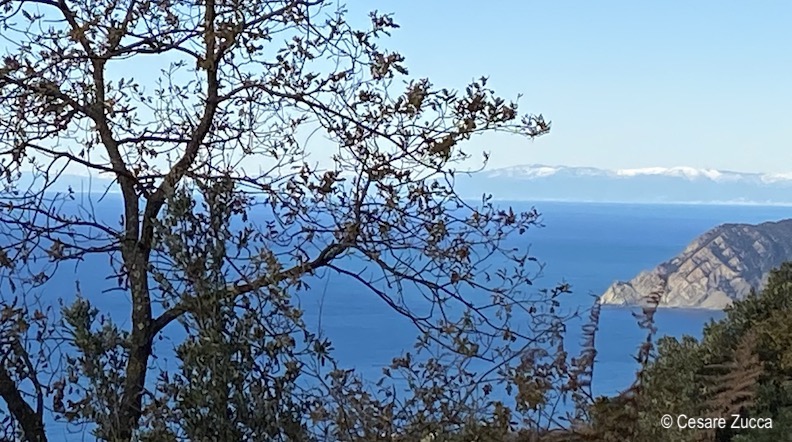 La Spezia stands out right In the center of the Gulf. Spezia is one of the main arsenals of the Italian Navy and an important merchant port. In the landscape there are villages, medieval churches and castles on the sea, sandy beaches and pastel-colored houses. Two important sporting events take place here: the Palio del Golfo, a rowing competition between the 13 villages of the Gulf and the Byron Cup for swimming in the open sea, while every 13 September, the patron saint of San Venerio is celebrated with an evocative pilgrimage to his sanctuary on the island of Tino. 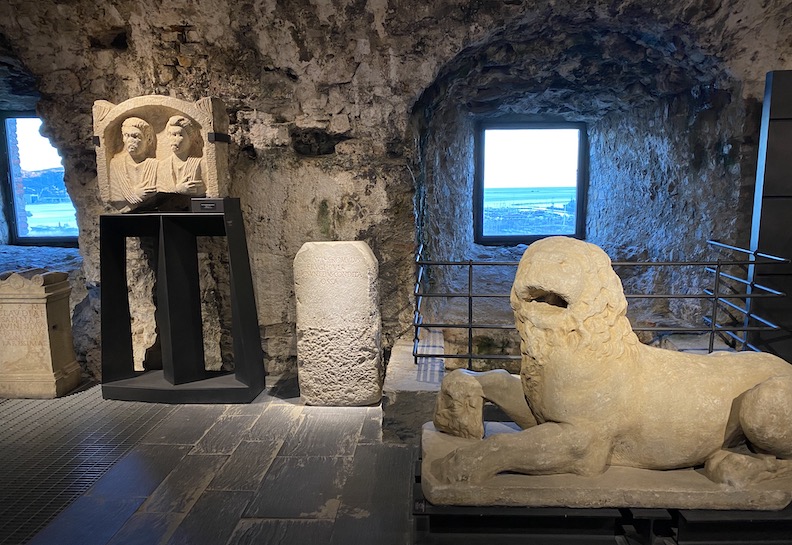 A cyclist’s paradise Two-wheel enthusiasts will be able to discover enchanting landscapes that see a succession of seaside villages and marinas, medieval churches and castles overlooking the sea, sandy beaches and pastel-colored houses. On the routes of the GF Tarros-Montura to savor the beauties of the Cinque Terre and the coast of La Spezia. The climbs are often tough, but nature and views reward the effort … Once you arrive, you can visit the town and have a food tasting by the sea and then continue the adventure inland. 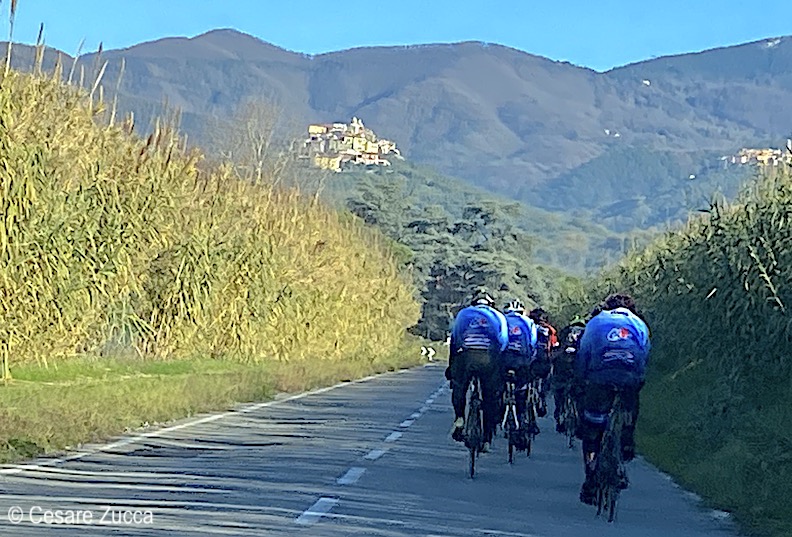 In Spezia there is even the “Adriano Ciuffini” Cycling Museum …featuring memorabilia, , newspapers, posters and an extraordinary collection of the Maglia Rosa worn by cycling champions.

Biassa, a gem
We discover this small village of only 600 residents, an ups and downs of stone alleys and stone houses, some still with the furnishings of their grandparents. The history of Biassa is closely linked to that of Tramonti, a land on the ridge overlooking the sea, characterized by dry stone walls and small farms planted with vineyards.

This territory has found one of the greatest singers in Giancarlo Natale, narrator of the arduous toil, of the secular tenacity, but also of the joy of living in this village. A magical and timeless place, where the director CarloAlberto Biazzi recently set the story of his new short film Al di là del mare, a poetic and dramatic story shot between Biassa and Lerici, passing through the woods of the Telegraph hill.

Al di là del mare (Beyond the sea) tells of a child who loses his father and, through his grandfather’s fairy tales, manages to find the courage to go looking for him. Set immediately after the war, the film is a tribute to memory and the importance of the relationship between generations.

The cuisine of the Gulf
The “La Spezia” gastronomy, rich in flavors, aromas and genuine dishes, is the living testimony of seafaring and peasant life. A straightforward cuisine, based on poor ingredients wisely mixed together: shellfish, vegetables and wild herbs and of course, the fish that characterizes the different locations, such as the Tellaro octopus, seasoned with chopped parsley, garlic and olive oil, while in the center of the gulf, Spezia responds with gianchetti or whitebait, just slightly boiled and accompanied with olive oil. 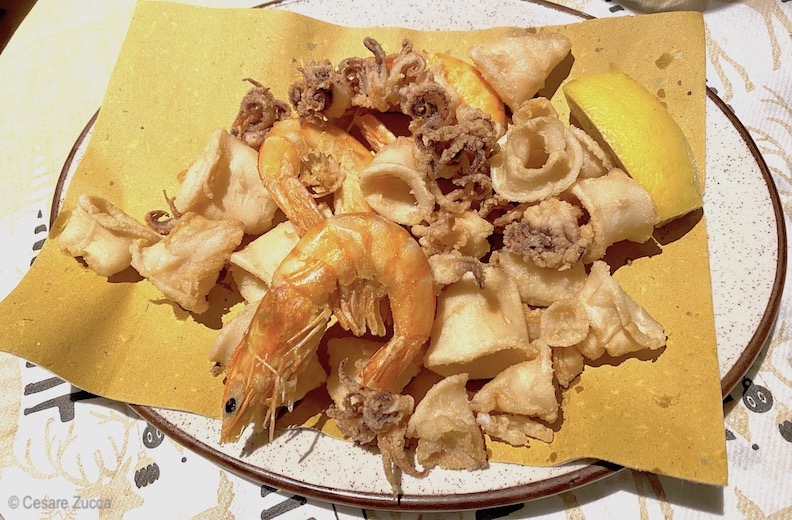 La Pia, Spezia
Her farinotto has been a city institution since 1887 that Mrs Pia opened for the sale of farinata, focaccia and chestnut cake; food for the “poor people”: workers, unskilled workers, carters, artisans the city was full of. With her simple and authentic recipes such as “‘n toco de fugaza, na feta de faina’ or nafeta de patona” Pia begins its escalation and today is present in 4 stores: at the Kennedy Center, in Sarzana, at the Port Mirabello, in Monterosso and launches abroad to conquer London.

La Locanda del Gallese, Biassa
Historic dish: panigacci, flour wafers that are cooked in the oven in the typical terracotta textures, also prepared as an accompaniment to bring to the table, but which combined with cold cuts, white cheeses, sauces and ragù can become real main courses.

La Chioccia d’Oro, in the ancient city of Luni, formerly Portus Lunae, a stone’s throw from the imposing Roman Amphitheater whose external front was partially covered in marble defined by the Romans “mantle of the Moon on the earth” and, thanks to the reconstructions that we find in the Museum, to imagine the resplendent architectural gem resplendent of marble that was Portus Lunae.

Trattoria I Contadini, Spezia
Popular, busy and exquisite local cuisine. In season, the chefs Massimiliano and Paolo Vannucci offer real Sardine Days, which are cooked in many different ways, in frying, in pies, or stuffed in the oven. On the menu stand out the “La spezzina” ravioli filled with beef, pork, sausage, chard and thyme, tagliolini with seafood and the traditional savory rice cake.

Top dish: stuffed muscoli. (they areactually “mussels”, but here they are called “muscles”) We are talking about a traditional dish of La Spezia cuisine, a tasty tomato sauce in which the mussels raised in the numerous nurseries of the gulf are pampered and which in these parts are called strictly ‘muscles’.

Andree gourmet restaurant in the heart of Spezia, rightly reported by the Michelin Guide. A dip in an elegant environment, within the historic walls of a medieval building, formerly the Monastery of S. Andrea, now personalized by a refined design and well-kept details. The cuisine of Chef Andrea M Besana is capable of combining seasonal raw materials and traditional recipes, with contemporary techniques. “Here isn’t much about cooking the local cuisine, Andrea specifies, but rather cooking”with” the local products”.

Among the top first courses, rice with salted anchovies and those pine nuts that “I collected from the pines when I was a child” the Chef remembers smiling, Felicetti linguine with scallops, two types of pumpkin, butternut and delica for a balanced sweetness with the intense “Torta della Val di Vara” cheese, thyme powdered.

With a tender “remembering” of his childhood, Andrea brings us back to the traditional rice and milk of mother and grandmother “A reassuring food, adds Andrea, a hug, a comfort zone, which I wanted to strengthen with a chamomile sorbet and a cocoa waffle “

What in the glass?
Of course an excellent Vermentino! …
But let’s take a step back in history, let’s go back to Luni, where the Etruscans began the cultivation of the vine, followed by the Ligurians, the Romans until today. For five generations this art has been carried on by Cantine Lunae by its founder, Paolo Bosoni and his son Diego in the name of family tradition, with the creation of some of the best white, red and Vermentino wines of the entire region.

From the Lunae production we like to point out the Albarola, Nektar and Niccolo V. and obviously the Vermentino Lunae, one of the spearheads of Paolo Bosoni’s cellar. Visit
the Museum where you can learn about the path that led the Lunae cellars to today’s success, pwr finre in a sumptuous wine shop where you can taste the production and buy exclusive products

Ville Relais on the first hill outside Spezia, in a splendid panoramic position on the western side of the Gulf, a few km from 5 Terre, Lerici, Portovenere and the city itself, dominating over the fishing village of Cadimare, a restaurant run by Chef Besana, therefore a guarantee .

Pietra di Mare
Guest House in the heart of Borgo Biassa. You will discover it after climbing 120 steps that cross the village. Pietra di Mare offers different accommodations, all treated with love and comfort, starting with sweets and coffee in the room, the terrace with a view or the balcony overlooking the village and a stretch of sea of the Gulf of La Spezia, bordered behind it by the frame of the Apuan Alps with their famous white marble quarries. Enchanting!

La Casina Rossa
Five cozy rooms on the terrace of the Trattoria I Contadini and managed by the unstoppable “landlady” Sabrina Vannucci who, with the same passion with which she takes care of the Trattoria, manages these spacious accommodations equipped with every comfort, including a spectacular “panoramic” shower for two. people and the surprising welcome spritz, accompanied by delicious anchovy canapes and stockfish and grouper mousse. Mmmmmmm .. .

La Casina Rossa houses a well-known restaurant that offers characteristic La Spezia dishes including the spectacular stuffed “muscles” (don’t call them “mussels”), perhaps the most representative fish recipe of the Gulf. At the helm we find two brothers, Massimiliano and Paolo Vannucci, who I couldn’t help but “steal” the recipe for this iconic dish.
Finally we send to you the best wishes for Happy Holidays from the stunning Manarola Nativity scene.
A work designed and built by Mario Andreoli. It covers the entire hill with miles of electrical cables and hundreds of life-size figures that give life to the spectacular nativity scene, considered the largest in the world.

Ingredients for 10 people
5 kg muscles
1.5 kg mortadella
150 grams grated cheese
7 eggs
4 tablespoons of parsley
1 small onions blonde
oil
3 cans of 500 grams of tomato sauce
2 sandwiches
garlic
Preparation
Put a little oil in a large pan, add the finely chopped onion, three tablespoons of parsley and brown. Add the tomato and cook for 30 minutes.
In the meantime, clean the muscles, remove the external mustache and with the help of a knife open them and put them in a colander.
Put the mortadella in the mixer and chop finely.
Put the remaining garlic and parsley in a bowl, add the eggs, grated cheese and the bread soaked in water, well squeezed. Knead with your hands to mix well.
Fill the muscles making sure they do not open.
Once finished, put them in the pan with the sauce and cook for about forty minutes.