Text and photos by Rossana Beccari 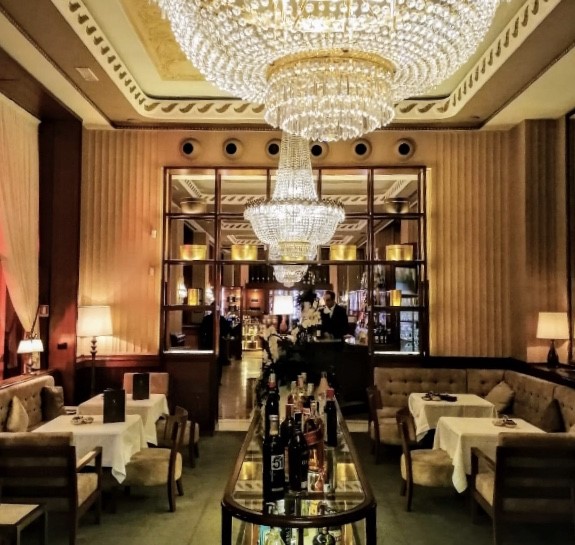 Galleria Vittorio Emanuele II was inaugurated on December 31, 1877
As a matter of fact,  the  so called ‘Salotto di Milano’ was already completed in 1867, when the covered passage was completed and so under a transparent roof, among stuccos, mosaics and elegant decorations, the Gallery comes to life with its shops, bars, restaurants and the prestigious headquarters of the Ricordi music publisher.
Once upon a time there was Caffè Gnocchi, then it changed its banner and became the elegant Stocker Brewery until in 1885 the space was purchased by Virginio Savini:
who transformed the venue into a posh living room enriched by beautiful crystal chandeliers, cutlery, table mats, silver food warmers and tailcoat waiters. 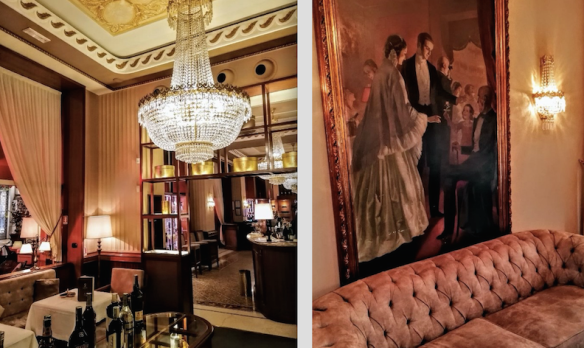 The success spanned the golden season of the Belle Epoque and the fabulous 1950s.
Savini has always kept its aura of exclusive place but it is also an interesting archive of memories, stories of characters, curiosities of city life … and why not? … a little
of ‘gossip’: like the iconic ‘table 7’ on the first floor, in the most romantic corner with large windows overlooking the Gallery, 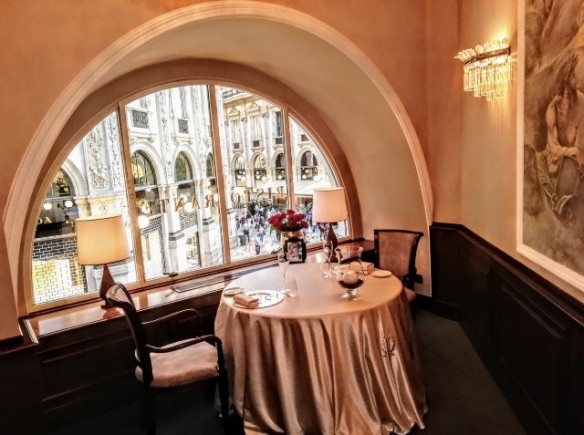 Why iconic? Because that spot was reserved only for the ‘Divine Soprano Maria Callas’ often escorted by Luchino Visconti, Franco Zeffirelli … and of course Mr.Onassis.
A cocktail is dedicated to her, her favorite, based on bitter herbs, still on the list and could only be called “DIVINA”.

Savini has always been the favorite venue for world-famous singers and composers.
Regular guests were Verdi, Puccini, Toscanini, Eleonora Duse and D’Annunzio At the beginning of the twentieth century,

Savini became a place for Milanese intellectuals, writers and artists: from these tables Filippo Tommaso Marinetti founded and became the leader the group known as ‘The Futurist” followed by legends such as Charlie Chaplin, Ava Gardner, Henry Ford, Hemingway and the iconic grand entrance of Liza Minnelli, who’s limo was allowed to drive into the Galleria and stop right in front of the restaurant entrance! That ‘s a star!