Text and photos by Cesare Zucca

Back in the 70′ the iconic Fiorucci New York store discovered that music could actually influence and improve the sales.

“Never play slow music, told me the legendary store manager Enrico Baroni, the man who helped the Fiorucci empire to bloom. Slow rhythm makes costumers slowing down; they loose the excitement of a new purchase and easily get bored of the shopping adventure. In our store we play loud up-tempo music either pop or disco and most importantly without any interruptions. That causes a shopping rush and improve the appetite of buying”

The world famous Japanese wagyu cows, in order to produce the tender kobe beef…non only are pampered with massages, drink beer and sake, but also spend their days  lessening to Mozart! The body relaxes, the muscles stretch and they seem to enjoy the music vibrations.

Can music influence the aging process of wine?
In the magical atmosphere of the Podere Rocche dei Manzoni in the beautiful Langhe territory (in Piedmont region, province of Cuneo) resident wine producer Rodolfo Migliorini and  one of the most influential living composers, Italian Maestro Ezio Bosso.

Recently this extraordinary couple of creative souls and long time friends invited press, friends and all the people who in recent years have “filled rooms” of the company
The occasion was to introduce the brand new sparkling wine named Valentino Cuvèe 185th Door, an exclusive, limited production (only 1500 bottles and 150 magnun size) of the  spumante cuvèe made with classic
chardonnay, pinot noir and locally rarely used pinot meunier. . 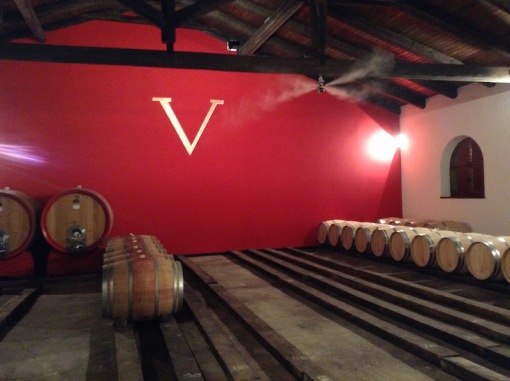 During an informal press conference, Rodolfo and Ezio unveiled the convincing theory that music can actually influence the wine making process, from the vineyard to the final bottle. Obviously many questions:

How a sparkling wine may get refined listening to music? Which kind of music?
Bosso selected among his works a “symphony for the wine”: a suitable composition to act during the wine aging process and to influence the second fermentation of yeast. Loudspeakers were installed in the vineyards and in the cellars. After a minimum of 4 vintages assembly, a percentage which varies according to the characteristics of each of them, 185th Door, during its life in the bottle, which lasts at least 8 years, is subjected to a measured musical stress and controlled to optimize the activity of yeast. 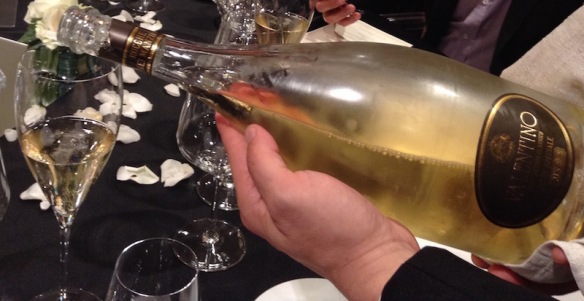 “We are the first to have thought of applying the vibrations of music to a sparkling wine refinement process, says Migliorini, At first, we proceeded by trial and after 12 years this project is still in an embryonic basis. However, with the data collected during the trial I can say that thanks to the music the activity of yeast is faster and the product is improved.  Certain notes and sounds have frequencies that the wine seem to .. listen , enjoy and mature with a pleasant aging. In the coming years we will try to understand how to further influence the activity of the yeast, thus modulating the music according to our needs“. 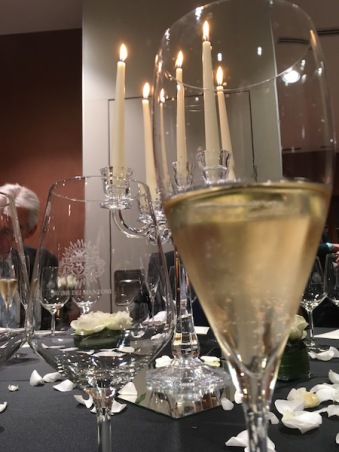 Why 185th?
What’s behind that door?
Ezio as a co-composer of this innovative method, loved have a very unique and personalized name: The ‘door’ is linked to the theme of ‘the rooms’ the common thread of his recent albums.The 185, takes us the alphabet where the R (Rodolfo) is the18th letter while the E (Ezio) is the 5th. Ezio continues “The sounds coming from a violin and  a cello, from a full orchestra or simply from my piano were able to pass through wood and cement of the barrels to create a chain of harmonies that reborn in a chain of wine. 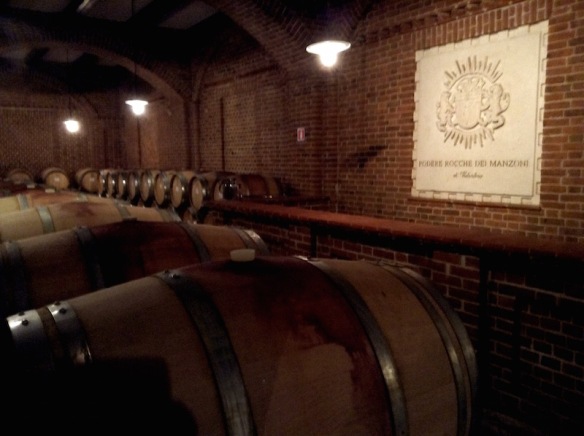 It may sound a paradox, but  now it is like
we could drink the music and lessen to the wine.”
The presentation was filled of love and music.
Ezio started with a corale by Bach, one of his favorite composer, then his masterpiece.“Following a bird,” and delighted the public with Chopin. A long and emotional applause gave the green light to a sumptuous dinner boasting traditional dishes of the  traditional Piedmont cuisine, elegantly revisited
by Chef Maurilio Garola of La Ciau del Tornavento. 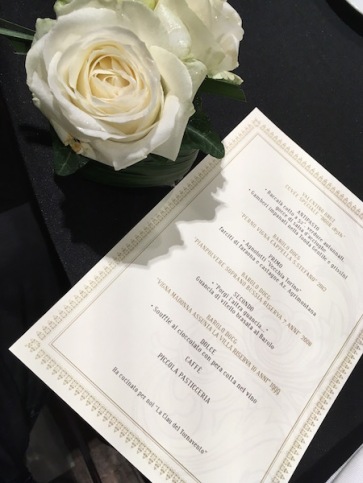