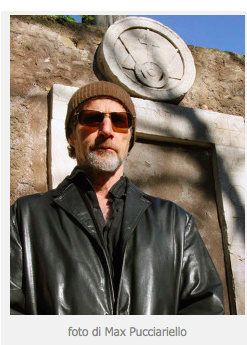 The first Italian debut took place in 1980 at Barclays Teatro Nazionale in Milan. After 35 years, the theater has hosted the world premiere of Momix FOREVER,

spectacular collage of choreographed by Moses Pendleton, the charismatic creator of the company. The show is not only a retrospective of famous pieces, but also the presentation of four new creations that Moses was able to enter into a continuous environment in which every new piece depends on the previous one and is linked to the one that follows it.

“I like to share my day at the fixed time, where industry long walks during which I take pictures and inspirations, photographer, tour videos, record my thoughts and my emotions”

“My mind needs precise timing to channel the emotions and suggestions of what I see. It ‘s like walking into a museum that presents a different work every day, something new that affects us immediately the attention and that, almost an alchemical process turns into a choreographic movement.

“” I’m looking, I explore, suddenly metaphors, stirring moving objects and creating new elements in the bodies of my dancers involved in elaborate choreographies that require a perfect physical and great athleticism ‘

“” my muse is nature. In Italy, for example, the beautiful fields of flowers in Tuscany and the peaks of the Dolomites “

Indulge the genius of Moses, an intense Italian tour and four amazing gifts.

35 years ago I had the enormous pleasure to discover Moses Pendleton’s MOMIX at its very first appearance in Milan, Italy.

If I remember well, the company counted then only four (maybe six) components including a very young Daniel Ezlarow.
It was one of the best evening I ever spent in a theatre, a breathless performance and a priceless new form of entertaining . I was amazed.

The morning after, I run to the office of Per Lui, a gorgeously trendy fashion magazine published by Italian Conde’Nast.

I begged, literally, the young editor in Chief (at the time, a young Franca Sozzani, who is today the powerful Editor in Chief of Italian Vogue) “Franca, I saw a new group, we must publish a story, the show is extraordinary…” I was so pushy that I got a photographer and we went to shoot MOMIX for their first ever feature in an Italian magazine. I so wish I still had that issue…

Well, Per Lui closed few years later, but MOMIX didn’t.
Au contraire, they became famous all over the world.
I spend long time in New York and I don’t miss the chance to see them
at the Joyce Theatre in Chelsea.

Each time the miracle happens. Illusion, antigravity, magic, love, art, poetry, lights and visuals are melting together in moments that you have lived only on your dreams.

35 years later MOMIX are back at the Teatro Nazionale in Milan with a collage-performance appropriately titled
W MOMIX FOREVER.
“I wanted to celebrate the anniversary with something new, said Moses in the press conference, so I created “DADDY LONG LEG”, LIGHT REIGNS”, “AEREA”, “PAPER TRAILS”

four new pieces that I mixed with moments from OPUS CATUS, BOTHANICA, reMIX SUN FLOWER MOON, all in one performance to represent novelty and continue the MOMIX vision, celebrating the past and testing the future”