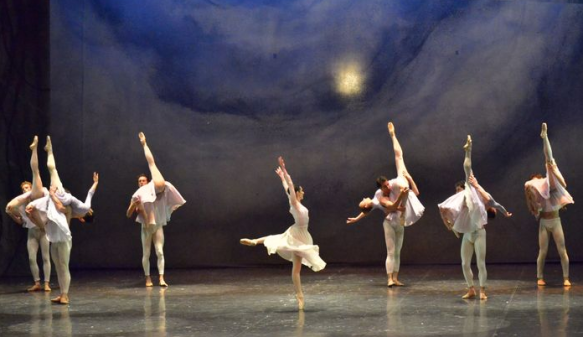 Diaghilev, Nijinsky, Massine, Pina Bausch, Martha Graham, Kenneth MacMillan, Maurice Béjart, Natalia Kasatkina and Vladimir Vasiliev those are just few names of extraordinary choreographers who were enchanted by Igor Stravinskij’s The Rite of Spring, the legend where in spring a virgin was sacrificed to propitiate the benefit of the gods with primitive rituals celebrating the advent of spring,with a unique score that contains many novel features for its time, including experiments in tonality, rhythm, stress and dissonance. that attack and conquer every listener. 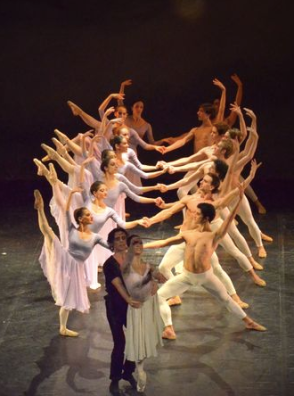 Hungarian choreographer Marinel Stefanescu staged it in 1986 with a show at the Valli Theater in Reggio Emilia,  It was a great success and was requested in many Italian theaters and for several tours abroad. Last night, the Teatro Manzoni di Milano hosted Liliana Cosi and Marinel Stefanescu‘s company Nuovo Balletto Classico, featuring Dorian Grori and Rezart Stafa, a strong couple of male principals, while Elena Casolar and Michela Mazzoni seamed  to me to be less stable on their movements. I have to mention the energetic and convincing ensemble of 25 young talented dancers. 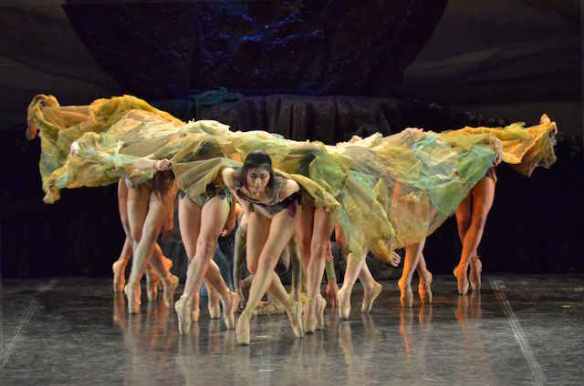 The ballet tells the extraordinary primitive experience of man in contact with nature and its elements, in an almost fairytale setting at the sources of life. In the second part “Dialogue with the Infinite” the music was written by Adrian Enescu to give life to an inner dialogue of modern man, attracted both by violence and by peace.

Man, the protagonist of the show, experiment with curious intensity every element of nature – has an instinctive repugnance for the horrible rite of the young woman who must be sacrificed and decides, risking in person, to save her. It is projected into a new world – and here it is Smetana who repays it by immersing it in the rich and fantastic Nature, so well described in the Vltava, 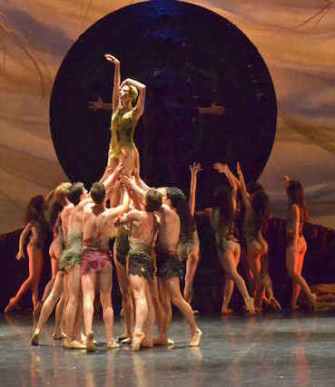 which will close the first part of the show.

In the second part of the Stefanescu ballet, starting from an almost autobiographical reflection, he emphasizes the exhausting struggle of man against the aggressiveness he finds within himself. In collaboration with his friend composer Adrian Enescu, he chooses a music that unfolds on nine contrasting passages to illustrate the inclination of Man to yield to the fascination of violence and war rather than to the choices of peace. In fact, he will call this ballet ‘Dialogue with the Infinite’ because it is a struggle that seems never to be resolved until reaching out for peace. 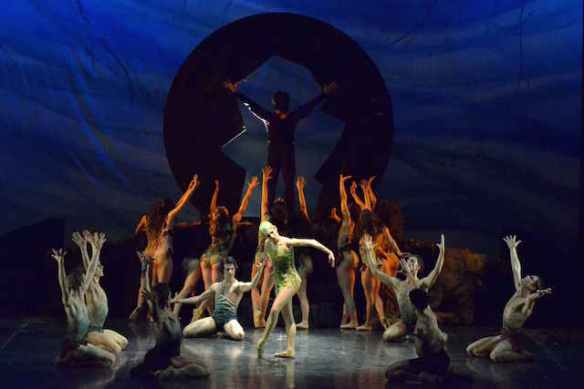